As the spring will slowly emerge after the dark, long, chilly winters, our dressing style too will brighten up. We shall let go of the woollens and trousers and get back to the nice, flattering skirts. As the saying goes, a change is always good, that makes the transitionary seasons more appealing.

Just as nature renews a season, our fashion statements also ask for a renewal, and that can start with a few vintage and retro skirts. In this article we would talk about some vintage skirts and retro skirts to revamp our wardrobe, making it sensational!

Perhaps, the most ‘spring like’ and feminine of the lot would be a floral or butterfly printed skirt. Florals have always been a much-preferred fashion choice for women. 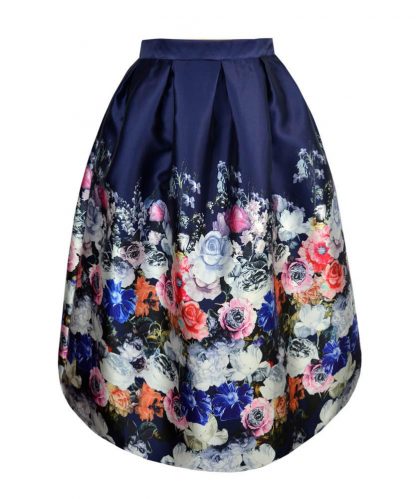 From the elaborate floral designs on rich fabrics like silk and brocades of the 1700s, to the lovely little floral prints of the Regency period, and till date, flowers have been worn and loved by women of all ages.

In the 1940s, floral prints were a popular choice for women’s skirts and other attires, made of jerseys and rayons, which continued till the next decade.

In the next decade, the size of flowers increased greatly, blooming their way across full-length skirts and gowns. Jordash Clothing have a range of floral printed skirts, big and small, in their kitty.

As the natural hues keep shifting with the transition of seasons, it also makes us alter the colour schemes of our outfits.

As the Sun starts to shine bright, we too feel like adorning ourselves in bolder colours, making us look merry and cheerful. These skirts look great with a plain top, or equally combined with textured or patterned shirts and tops. 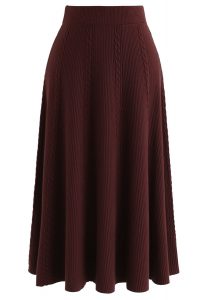 We cannot sit down to think how versatile a solid colour is, and how it can be styled and accessorised in an endless number of ways.

What is that attire which always looks super smart? Oh, that would be a striped skirt. Another popular weave/print, over the years, stripes can be particularly versatile, and not only hide flaws effectively but also flatter you, whatever shape or size you belong to.

Some classic colour combinations, red and white, black and white, red and black or navy and white, which can make us recall last century’s nautical style, made all popular by Chanel.

Decade-wise the stripes have modified. While 1930s saw diagonal stripes on the skirt, the colours and button-through placket remind us of the peppy playfulness of 1940s.

The bold stripes and fullness of the skirt take back to the late 1940s or early 1950s. Larger checks, plaids and ginghams, which was popular in pinafore skirts of this era.

The popularity of Polka Dots on outfits and accessories in the last century, which is still a favourite, could be held accountable to a cartoon character, Disney’s Minnie Mouse. 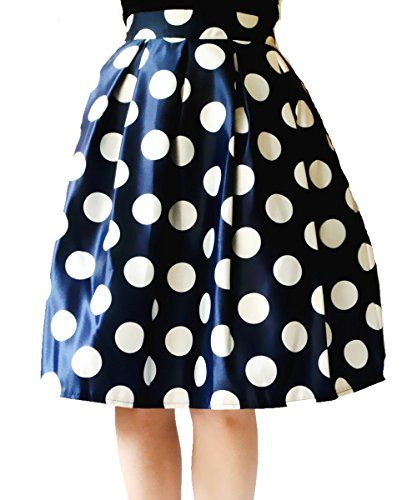 It was during the late 1920s when Minnie Mouse appeared first, wearing a pale blue polka dotted skirt. Later, that gets transformed to red and white.  Before it was popularised, polka dots were mostly kept for children. The 1930s and 1940s saw smaller polka dots, which gradually increased in size during the 1950s.

In those days, a typical polka-dotted skirt was knee-length, roundish and fuller in shape, and fitted to the waist. Polka dots can be subtle, and cute with small dots all over on an easy-peasy colour combination, or be loud and mischievous, with bold, big dots making its presence felt on a contrasting background.

During the 1940s and 1950s, the world saw a rise in brilliant prints across fabrics, and clothing. 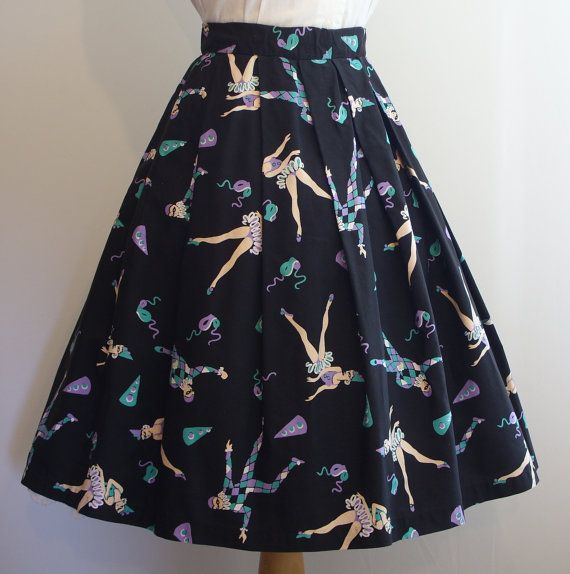 In America during this time, the cotton feedsack, which was kind of a staple, was transformed into more fashionable clothes by creating other designs on them. These transformed feedsacks began to be featured as highly desirable designer outfits, then. Some fashion brands also made collectible sets, increasing their demand.

The transformation of novelty print continued into the next decade.

The 1950s saw way more carefree prints, that brought a smile to the women. These had a colourful, vibrant mixture of flamingos, stripes, dots and peacocks, which are a fine mixture of novelty.

If you are trying to get your hands on to some of those vintage and retro skirts, browse through Jordash Clothing, for more such retro dresses available in the UK.

How To Keep Your Jewellery Sparkling Forever

How To Straighten Hairstyles With Hot Hair Brush

Top 4 Tips To Maintain Healthy Hair For You

Embroidery for Beginners – The Way To Embroider by Hand