William Friedkin’s film adaption of The Exorcist has shocked and horrified viewers ever since its 1973 debut. With a host of great performances, disgusting imagery, expertly crafted shots, and a tense, exciting narrative, it’s no wonder The Exorcist has continued to scare modern horror fans to this day.

But what mainly makes The Exorcist such a powerful film is the phenomenal performance by Linda Blair. The actress, who was only 14 when the horror classic hit theaters, was expected to work with non-ideal filming conditions and found herself amid controversy following the film’s release. The Exorcist put Blair at the center of a stressful situation that would continue to plague the actress throughout the remainder of her career.

Though The Exorcist launched Blair’s film career, working on the film was no walk in the park. With a strained production and controversy following the film’s release, it’s no wonder why Linda Blair was never the same after starring in The Exorcist.

The success of The Exorcist 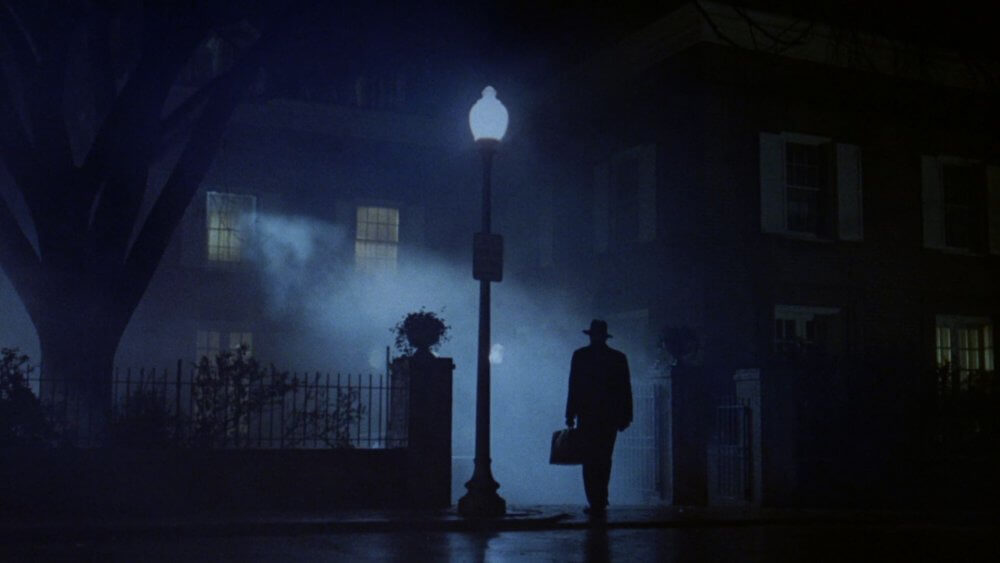 Released in December 1973, The Exorcist tells the story of Regan MacNeil, a 12-year-old girl who begins to have strange, unexplainable episodes. After medical intervention fails, Regan’s mother seeks the help of Father Karras, who confirms that an evil spirit is possessing Regan. To save Regan from the demon’s clutches, the Catholic Church grants an exorcism to vanquish the dark entity.

Despite the controversy surrounding the film’s content, The Exorcist was a massive success. The initial release brought in $193 million domestically, with future director’s cuts earning the film over $39 million with subsequent releases. Currently, the film still holds the spot for the second highest-earning R-rated horror film of all time.

Since its release, The Exorcist has been a controversial film, but it’s still highly regarded by critics. The film won multiple awards, including Oscars for Best Sound and Best Screenplay, as well as four Golden Globe Awards. In fact, it’s one of only six horror films ever nominated for an Academy Award for Best Picture. The film currently holds an 85 percent critic rating and an 87 percent audience rating on Rotten Tomatoes, and it’s been the subject of several podcasts and documentaries exploring the film’s creation and themes.

Following the film’s release, actress Linda Blair became a household name for her chilling performance as Regan. Blair would be rewarded for her performance with a Golden Globe for Best Supporting Actress and an Oscar nomination.

How Linda Blair got started 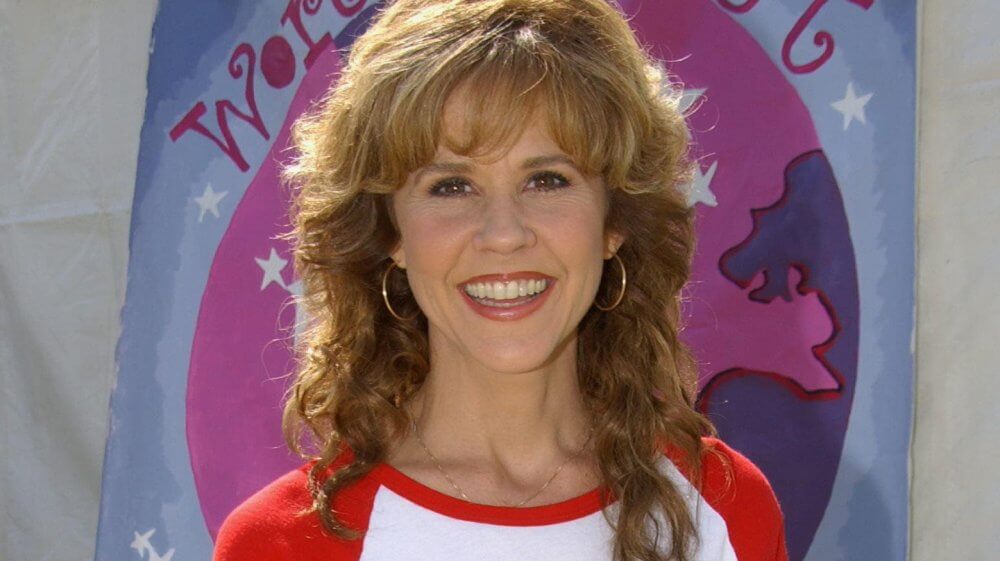 According to the Intimate Portrait episode on Linda Blair, the actress began working as a model at an incredibly young age. As a little girl, Blair started appearing in print ads, such as in catalogs, and she quickly made her transition to television ads. By the time she was five years old, Blair had starred in multiple commercials for notable companies like Ivory Soap, Welch’s Grape Jelly, and Carefree Gum.

As she grew up, Blair began to become disillusioned with life in front of a camera. Increasingly, she found herself drawn to animals, and specifically, she loved horse riding. Initially, Blair was ready to give up acting for horseback riding, but when the teenage Linda heard about the film adaptation of William Peter Blatty’s The Exorcist, she decided to give acting another go.

To help her daughter, Blair’s mother brought her daughter to meet William Friedkin, the film’s director, to audition for the role of Regan. Friedkin told Intimate Portrait that he had seen thousands of applicants all vying for the same part and had nearly given up on finding the perfect actress. But after seeing Blair, he was convinced she was the perfect fit for his film.

Severe filming conditions on The Exorcist 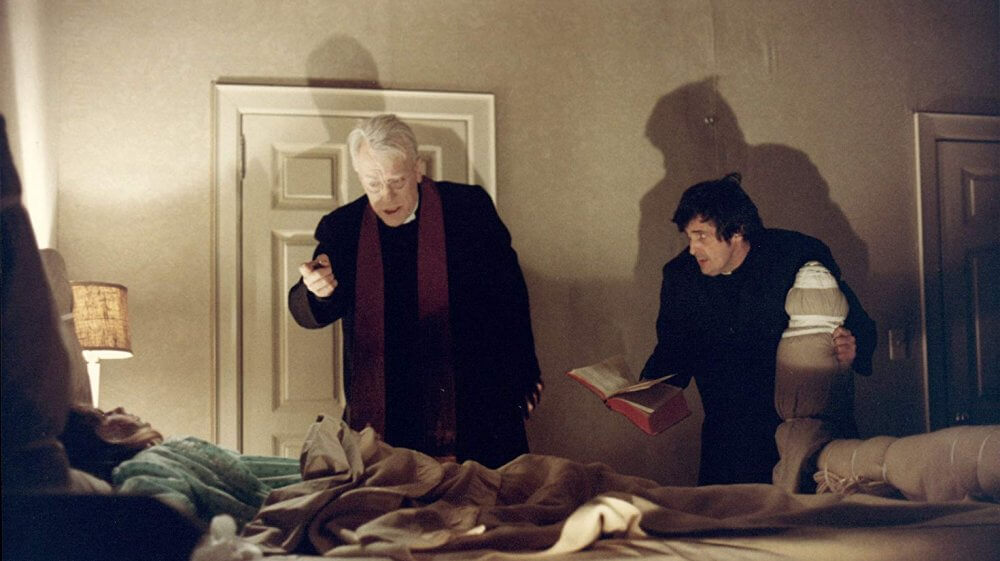 Despite The Exorcist being Linda Blair’s first major film role, director William Friedkin didn’t cut the young actress any slack. The role was physically demanding to the point that Blair was put in an uncomfortable, and even dangerous, situations.

For example, during the exorcism scenes, Regan is bedridden, only wearing a nightgown. Regan’s costume is notable because the temperature on-set would often drop below zero. According to an Intimate Portrait episode highlighting Linda Blair, the extremely low temperatures were a result of the air conditioning units used to achieve the visible cold breath during the nightmarish scenes. Crew members would be wearing appropriate protective gear against the cold. Blair, on the other hand, was freezing cold.

Infamously, Blair was often strapped into a harness during exorcism scenes. In these sequences, Regan would be violently thrashing and jerking about, and all the while, the harness would repeatedly hit Blair on the spine. A less extreme example of what Linda Blair had to endure during production was the extensive application of makeup. Each day, Blair would have to undergo at least two hours in the makeup chair, with sessions sometimes lasting for as long as five hours. The application process was grueling, and during an interview with Studio 10, Blair explained that the glue used to hold the prosthetics together actually burned her face. 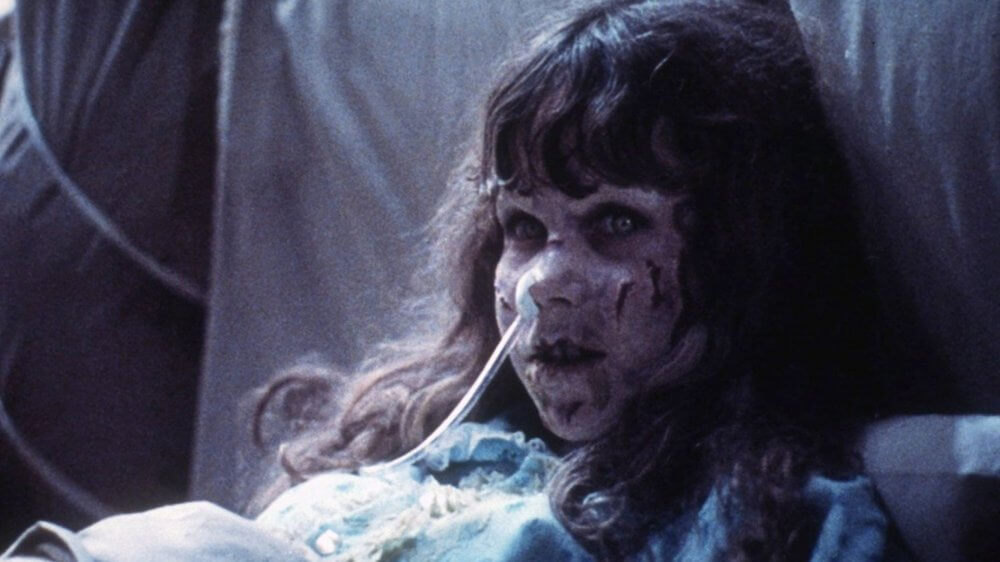 Though many films have gone through difficult or taxing production periods, The Exorcist had a rather extensive list of tragedies and deaths related to the film’s production. Disaster after disaster kept plaguing filming until finally a priest was called upon to exorcise the set.

Perhaps the most bizarre occurrence during The Exorcist’s production was the electrical fire that burned down the set. Set ablaze by a pigeon that flew into the light box, the fire occurred during shoots for the infamous exorcism scene. The film was put on hold for six weeks while the set had to be rebuilt. According to director William Friedkin, this is the strangest occurrence that made him question if the film was genuinely cursed.

But the fire was far from the only tragedy to happen during the film’s production. Jack MacGowran, who played Burke Dennings in the film, died unexpectedly after contracting influenza. Vasiliki Maliaros, the actress portraying Father Karras’ mother, also died before the film’s release. What’s especially creepy is that both MacGowran’s and Maliaros’ characters die in The Exorcist.

As if the deaths of MacGowran and Maliaros weren’t terrible enough, their deaths weren’t the only ones associated with the film. Other actors lost family, including Blair, whose grandfather passed during the film’s production. Altogether, nine people related to the production are said to have died during the making of the film.

For Linda Blair, the events of The Exorcist were fascinating but fictional. Considering her young age at the time of filming, Blair didn’t fully comprehend the effect the film had on those who watched it. She explained to Dread Central that to her, “The Exorcist was a work of fiction. I didn’t realize then that it dealt with anything in reality.” While the concepts may have been fictional for Blair, for many other viewers, the ideas of possession, the devil, and other religious themes explored in the film were absolutely horrifying concepts rooted in reality.

After the film released, Blair found herself in an uncomfortable position. Journalists and reporters now wanted to know her perspectives on the complicated themes presented in the movie. As Blair told Dread Central, “The amount of pressure that came down on me wasn’t anything I was prepared for. Especially all the pressure the press put on me. They thought I had all the answers about faith and Catholicism. … It was probably the most awful thing you could imagine.”

Blair further explained that more often than not, interviews were held with hundreds of people in the room rather than one-on-one. Additionally, when Blair would conduct interviews abroad, there were many instances where the journalists didn’t speak English, adding further stress for the young actress.

Considering that The Exorcist spawned intense audience reactions ranging anywhere from fainting to vomiting, it’s no wonder that controversy would follow the film’s release. After the film premiered, one of the primary complaints from concerned critics was that The Exorcist would spark a belief in paranormal topics among viewers, such as exorcisms. Considering that Linda Blair’s deeply convincing and horrifying performance is the focus of the film, many misplaced their anger on the young actress.

In an interview with Studio 10, Blair stated that, despite her age, she wasn’t spared any of the criticisms facing the film or her performance. Blair was accused of glorifying Satan by playing Regan, and as a result, she received tons of death threats. According to Blair, “I had many people approach me that raised fear in everyone around me. I was very well protected. The police were hired to live at my house.” In the same interview, she claimed that people would follow her down the street to heckle her about her role in the film.

Despite demonstrating her impressive acting capabilities in The Exorcist, Linda had a difficult time getting cast for roles that didn’t cast her as a helpless victim. For example, she reprised her role as Regan in Exorcist II: The Heretic. But before that, there was the 1974 television drama Born Innocent, where Blair played the role of Chris Parker, a young girl who runs from her abusive family. Eventually, she’s forced to live in a girl’s juvenile detention center where the other girls abuse her. Only a year after Born Innocent, Blair was cast as Sarah T. in Sarah T. – Portrait of a Teenage Alcoholic. Here, Blair’s character grapples with her parents’ recent divorce, as well as her feelings of inadequacy, ultimately turning her to alcohol to cope.

Seemingly unable to break free of the victim role, Blair attempted to revitalize her image. According to the Linda Blair episode of Intimate Portrait, the actress no longer wanted to be seen as an innocent, helpless victim and wanted to show the world she was a grown woman capable of adult roles. To do this, Linda participated in a series of nude photoshoots for the October 1982 issue of Oui magazine. Unfortunately, the nude photos had an unintended consequence. Instead of big Hollywood pictures, Linda would go on to star in exploitation and B-films for most of her career.

Though Linda Blair has a few minor acting credits as recent as 2016, her real passion is animal activism. After all, Blair has had an intense love of animals since childhood, where her family housed critters like cats, dogs, rabbits, and even a skunk. This passion for animals was only strengthened over time, and in 2004, Blair founded the Linda Blair Worldheart Foundation, a non-profit organization dedicated to rescuing and rehabilitating abused and neglected animals. Specifically, Blair advocates for the American Pit Bull and works to educate the public about the many misconceptions surrounding the breed. Regarding her advocacy, Blair told The Sydney Morning Herald, “Where you find dogfighting, you’re going to find drugs and guns. If you find anything unkind to animals, you’re going to find the worst underground criminal activity.”

Despite all of her hard work as an animal advocate, more people are familiar with her role in The Exorcist than her real-life activism. Blair told The Sydney Morning Herald that, “What’s very discouraging at times is the inability [of the media] to look at what I’m trying to do. On the Morning Show, they didn’t ask me one question of interest. I’m sad, but I’m not mad at them.” It appears that over 45 years later, the role Linda Blair played in The Exorcist still haunts her to this day, often overshadowing her extensive activist work.

Tags: after The Exorcist, Linda Blair

5 Tips for Having a Beautiful Smile